You are here: Home / Rural Women's Stories / Since my daughter died…
Written By: Pat From: CO 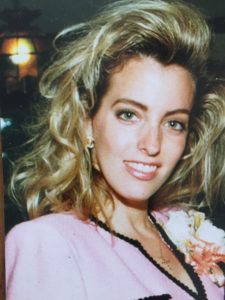 Pat started her story with, “Since my daughter died, my life has been different.”

After a pause she changed the topic:

Having a very small family can be incredibly sad. When my dad died, I had this revelation that now nobody knows about my childhood. I was an only child, and when I asked my dad why they didn’t have other kids, he said he was afraid another child would kill my mom, so he made sure she didn’t get pregnant. Mom had Rheumatic Fever as a child, and it weakened her heart. She died when I was forty-seven. Dad lived another thirteen years. He was a very stern father, and I was fearful of him while growing up. Dad was a County Extension Agent, and mom had a degree in Zoology but was always a stay-at-home mom.

I am lucky to have a cousin who is like a sister. Her brother died when he was young, so she too has no siblings. Now we are very close.

I had a wonderful education in Iowa. The school systems were really solid, and the superintendent where I grew up found superb teachers. I had piano lessons but wasn’t inspired by the teacher. In the seventh grade, I switched to the school band and played the cornet. I enjoyed marching, concert and pep bands. Our concert band consistently won 1’s at the state contest.

I was a good student and Valedictorian of my high school class of seventy students. I chose to go to the University of Iowa and graduated with a Liberal Arts degree in Political Science. Research conducted at UI found women with a Liberal Arts degree do better in the workforce than men with an MBA from Harvard. It was a big school, but my sorority provided a small group situation. I became president of the house as a Junior. My involvement in college and leadership opportunities were invaluable experiences, and I still have a core of women friends from high school and college.

One unusual honor in college was when I was a Sophomore, and my sorority sisters decided I should be a homecoming queen candidate. I had not done anything like that in high school. I was thankful to be voted in the top ten.

After college, a sorority sister and I went to Chicago to find jobs. Working with an employment agency, I found one with the Red Cross. They hired me because I had a B.A. and had taken a water safety instructor course in college. Two years later, I married Richard, a Navy man; I met him at an Iowa alumni meeting in Chicago. When I was thirty, we had a daughter, Rachel Elizabeth. When Rachel was twelve, the marriage was going south. We were two people existing, held together by our daughter. We divorced when I was forty-four.

For twenty-five years, in Chicago, I worked for the Red Cross, primarily as the director of blood donor recruitment, volunteers, and teaching.

I learned about a job opening in Charlotte, NC, and took a job as the director of Donor Recruitment, thinking, “Why not?”  But, it was a mistake. The southern culture was so different from my mid-west upbringing. There was a real surface friendliness. I left there after two years and interviewed in the Twin Cities, MN, and in Springfield MO. (The best part of the MN interview was becoming acquainted with Bananas Foster) I accepted the MO position because of milder winters; also it would be close to my dad in IA and my daughter in Chicago.

I worked in Springfield for sixteen years, and during that time, co-workers and I left the Red Cross and started an independent blood center. The Blood Center succeeded and continued to grow.

I married Art, another Navy man, when I was sixty-four, a year after we started dating.

One year later my beautiful daughter, Rachel, was found shot in the head. She died nine days later. She was thirty-four. We believed her controlling Italian fiancé, was involved with her violent death, but the police report was minimally completed. (The family’s attorney’s wife cleaned the house before the police arrived) Nobody was charged for her death.

Rachel has come to me in dreams. She was around four and dressed in her Little Bo Peep Halloween Costume. She looked up to me and said, “Mom, I love you very much.”

When I see her in my thoughts, she is riding her horse Realta (Joey) with our two Collies running beside her.

A lot of joy is gone, and sometimes it is painful to hear people talk about their children and grandchildren. I seldom do, but it is nice to talk about her. People seem to avoid the subject, but I like to keep her name alive.

Today, I have a good life in the beautiful Rocky Mountains with Art, and I enjoy continued leadership in volunteer activities.