You are here: Home / Rural Women's Stories / We grew up learning to drive that old 28 International Truck
Written By: Bernice From: CO 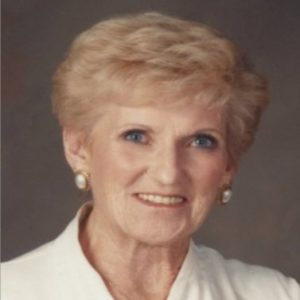 Born in 1930, I grew up on a farm near Marsh, Montana with two younger brothers. I did what most young people did; chores and milked cows.  During WWII, when I was in my teens, help was hard to come by, and I was driving and working in the fields when I was thirteen. I thought nothing of it.

I’ll never forget, I was hauling a load of wheat to town, and on the way home, as I was coming down a hill, the rear wheel came off and rolled down the hill in front of me. It was a sudden stop.

We grew up learning to drive that old 28 International Truck. In the eighth grade, I drove the beast eight miles to school, with myself, my two brothers, and a friend. I parked it on a hill, so to start home all I had to do was let the break go.  We drove it through eight-foot snow drifts. We’d put it in under drive, and away we’d go.

From second grade to seventh grade, we went to a little school across the road from our farm. There was probably one or two kids in each class for a total of ten. It was wonderful; we even had P.E.

In the first grade, I went to school with a neighbor in a horse and buggy. I can’t imagine how cold it must have been.

Those were good days and, sometimes, hard days. We worked hard. I spent a lot of days on the tractor in my teens, and I was the only one Dad would let cultivate the corn. My brother spent a lot of time getting out of work, so who do you think had to? Me. I farmed with a Model A John Deere, and summer-fallowed with a Case LA.

I remember December 7, 1941, my brother’s birthday. Pearl Harbor was a horrible day for all of us. My dad sat glued to the radio.

Besides working, I remember I used to read a lot. I love to read. Of course, my dad insisted we go to bed at a certain time. So, I would go with my flashlight. Dad loved to read too. He would challenge anybody to facts found in the bible and anything about history.

My Dad played the violin, and he would come home from a hard day in the fields, and play his violin while we went to sleep. He could play any instrument he held.

He made me take piano lessons from Mrs. Utterbach, who lived in Marsh. I had one lesson a week until I got too smart for her. I had an ear for music, so I would have her play the songs for me before I left my lesson, and go home and practice without music. She got wise to me and told my dad lessons were over.

She was the power behind my dad. She did everything, and he wouldn’t have made it without her. She did everything in the house, and worked outside, right along with Dad and us kids. Mom liked to do crafts, was the community nurse, and she belonged to different clubs.  Dad called her Home Demonstration Club the Home Buster’s Club.

Every Saturday, Mom and I, not the boys – they didn’t have to help at all, would change sheets, bake bread, clean the house, and prepare Sunday dinner. Church on Sunday morning was our only day to go to town. On Monday, we washed the clothes.

Mom was the disciplinarian, not Dad. If he looked at us cross-eyed, we knew it. She influenced me, a lot. I’m not much of a joiner, but I know how to get things done.

Friends? I didn’t have friends until high school. I just grew up with two boys. I was homely as could be. It’s true. I was always the biggest in class and taller than my brothers. I hated myself.

I did not come into my own until I got married when I was eighteen. It’s true.

My marriage to Mel, my four living daughters, and the one we lost at six weeks, are future stories.

Childhood stories from the 30’s and 40’s are hard to beat. This heartwarming story gives one the idea of farm life where one girl had brothers, and the work load was traditional for one but not the other. I am always intrigued with what women remember of their childhood. Bernice’s story, like the others, are not prepared in advance. She just spoke about what was in the forefront of her memory. Great story!