You are here: Home / Newspaper Articles / The pain of mental decline 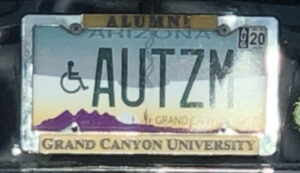 One of my favorite movies is “The Notebook,” with the outstanding cast of Ryan Gosling and James Garner as Noah Calhoun, and Rachel McAdams and Gena Rowlands as Allison “Allie” Hamilton Calhoun. It is a love story about a woman with Alzheimer’s disease and her devoted husband, who reads their story to her every day with the hope of triggering her memory. What I took away was the sweetness of lifelong love for another human.

In 2014, the movie “Still Alice,” starring Julianne Moore, was another Alzheimer’s story I enjoyed even though it scared me. I am frightened about my deteriorating brain, and watching the signs and symptoms of the tragic disease was disturbing. What I took away was not sweet
like “The Notebook,” but eyeopening.

This week I went to see “The Father,” played by Anthony Hopkins. Olivia Colman played his daughter. It, too, was a movie about mental decline or dementia. It showed the confusion and frustrations of mixed-up reality and the pain and life-altering effects to the caregiver, in this case, his daughter. What I took away was the devastating demise of the family system caused by the illness. It brought to light the cliché, “There are two sides to every story.” The father, disoriented and scared with conflicting memories, and the daughter stuck in the middle of responsibility for her dad’s care plus holding down a job. She was engulfed with the conflict of obligation, compassion, love, and guilt as she watched, with confusion, her dad become more paranoid and volatile.

All three movies were heavy and relatable and disclosed the pain of mental decline. I could certainly relate to all three. My mother suffered strokes, spent the last months of life not knowing any of her daughters, and behaving and speaking like someone we didn’t recognize. One of my older sisters also has declining mental ability. We think she, too, has suffered strokes. It’s difficult to see her unable to remember what she just had for lunch or recall who we are. Joy gone from her eyes is a significant loss from the energetic, creative person who lived a life full of fun and adventure.

It’s painful to be involved in hard choices for a loved one’s care when their absolute desires don’t match their safety and wellness needs. It is not fun at any level.

Sometimes it helps to know you’re not alone. I would guess most families have stories of watching the decline of family members and friends and making tough decisions on their behalf.

I think the role of a supportive helper must be God’s work. May we all be lucky and have our kindness lovingly returned when we begin to lose our mental edge.